Your INNER STRENGTH
To Maximize Your Outer RESULTS

THE CORE 4 METHOD WITH JUDI GLOVA

TELL ME IF THIS SOUNDS FAMILIAR

IF YOU ANSWERED YES, THEN I’D LIKE TO INVITE YOU TO JOIN ME IN MY SIGNATURE CORE 4 COACHING PROGRAM

This has been designed for intuitive women in business, like you, who want to:

HERE’S WHAT IS WAITING FOR YOU INSIDE 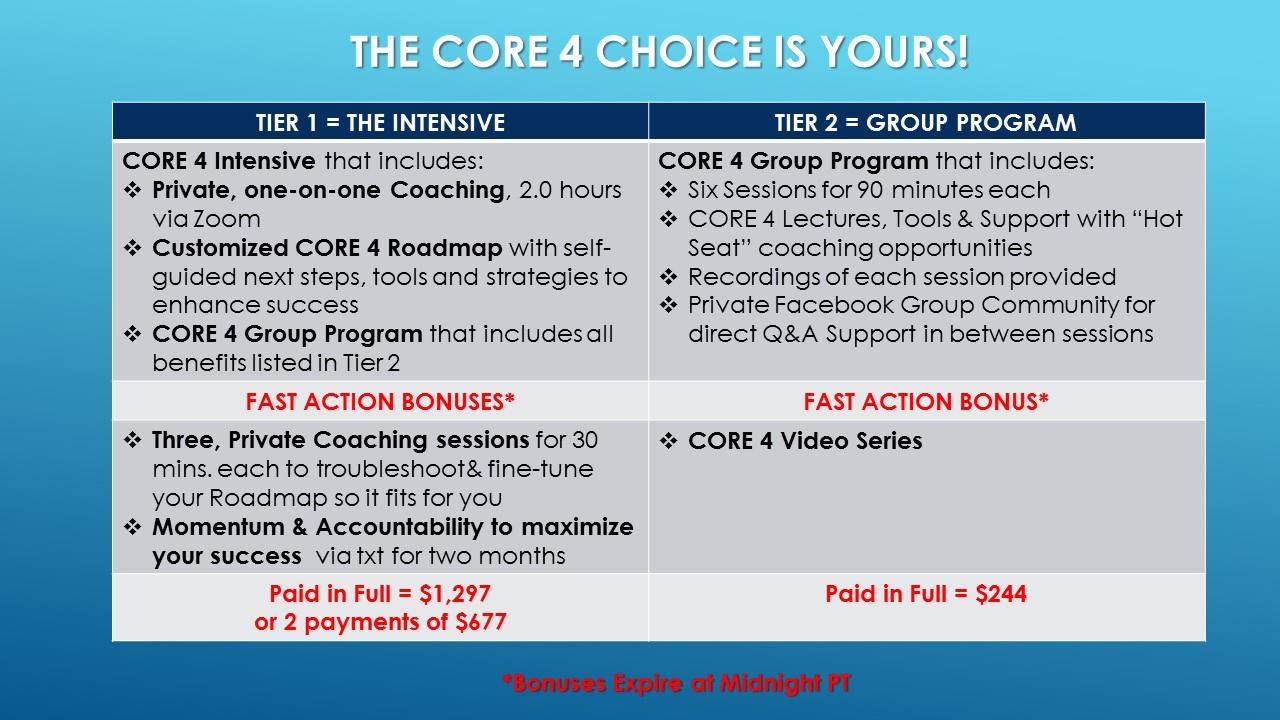 Judi knows “her stuff”. This is a comment from someone who can do similar things for other people but has a hard time following my own advice for myself. She has asked me to do something I hesitate doing but, at the same time, I know, at the bottom of my soul, that I need to do it.

If you are really willing, REALLY willing, to make a change in your business and life, talk to her. You may not like what she has to say, but that small voice in the back of your mind will tell you that is what you need to hear. Listen to that small voice. My suspicion is that you will be glad you did. 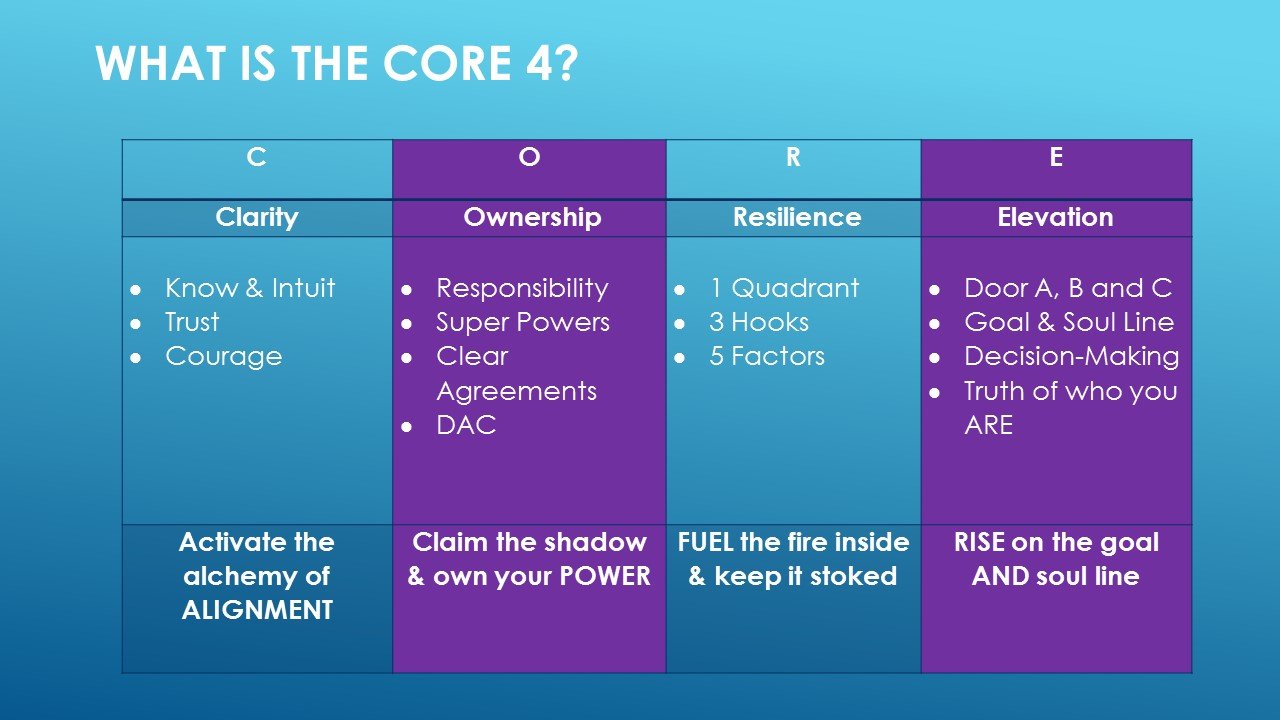 The CORE 4 will make you unstoppable as a woman in business!

Changes are — your challenge is not success…it’s the daily grind, people-pleasing or over-responsibility.

As a high-achieving businesswoman, you were probably taught that success requires pushing yourself harder and harder;  long hours at the office; sacrificing your wants and needs for a big fat paycheck — only to end up in a cycle of over-commitment, burnout and blame.

Over the course of 15 years, I’ve had the pleasure of training or coaching over 1500 women as a speaker, leadership development trainer or executive coach — so whether you are Manager or Director in a corporation, an entrepreneur or a CEO of an international business the CORE 4 Workshop is designed to provide you with the foundation of that inner strength that creates the outer results you desire.

When I first started working with Judi I was in the midst of a major transition and on a mission.  I wasn’t sure if I wanted to remain at my old firm or if I would open my own consulting and coaching business. I also wanted to continue to amplify my efforts to advocate to prevent family violence and make an impact through the charity I started to memory of my daughter.

What I value most about working with Judi is how tangible her guidance and advice was. She is incredibly accessible and guides you through things quickly, with real results.

The biggest shift I’ve noticed since I’ve worked with her is with my own confidence. I can now see the light at the end of the tunnel and have a roadmap to get there.

If you are looking for guidance and advice about how to up level your career and life, Judi is your coach. Judi is someone who will challenge you, guide you and cheer you on to help you establish the business and life you can be proud of. 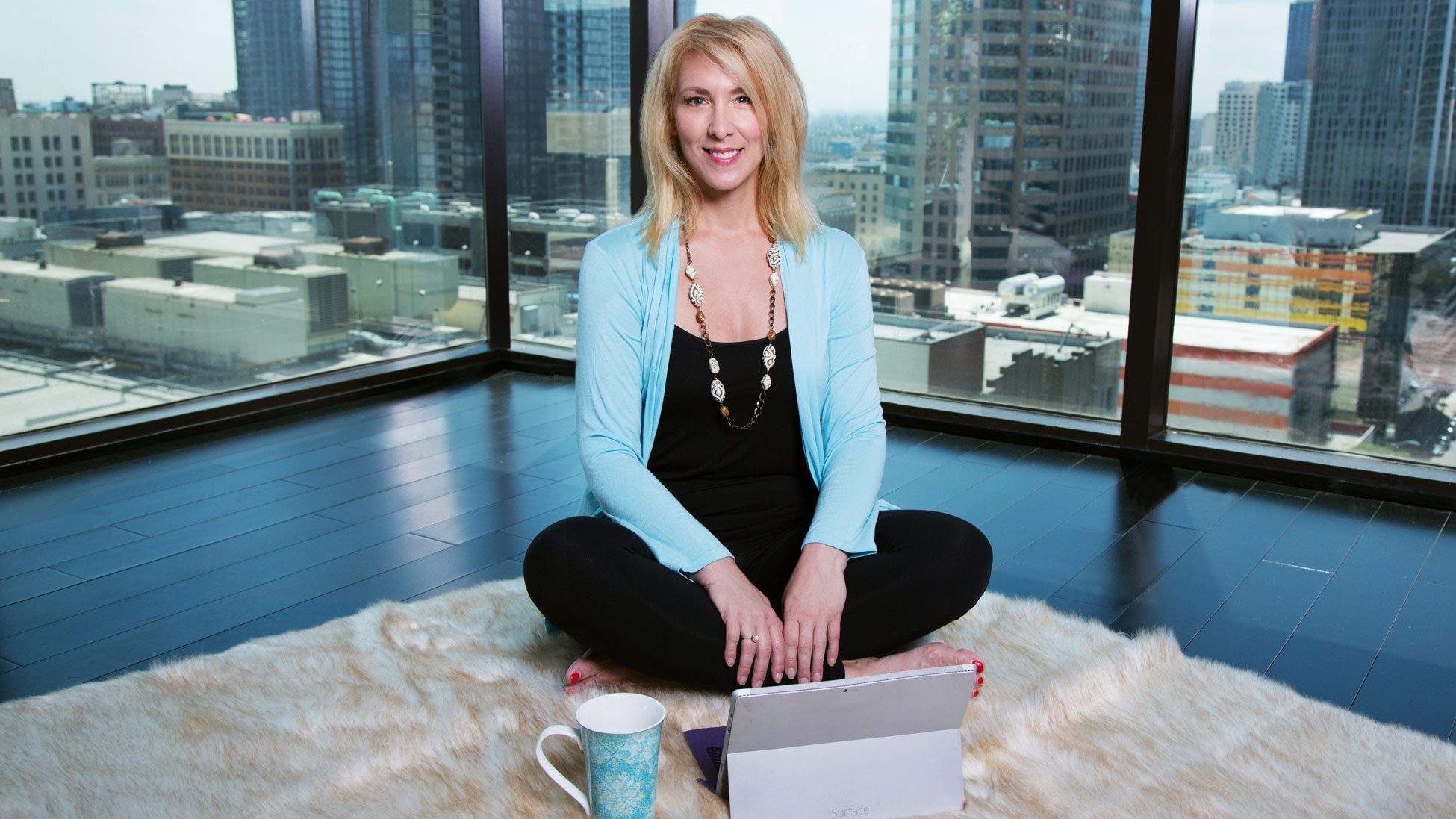 For more than 15 years I’ve been a speaker, trainer and executive coach.

These strategies inspire my clients to be more effective leaders who are aligned and motivated to make dynamic impacts beyond themselves, while simultaneously achieving their business and personal objectives.

Unlocking this essential level of influence allows women to tap into their unshakeable belief in their own personal potential. Additionally, it provides an understanding into their ability to operate at a higher state of consciousness and to define success on their own terms. All of this is deep within us but, women have been taught to hide it for years.

I wish I knew about Kundalini Yoga and the 6 Sacred Meditations in this series when I first became an entrepreneur.  It would’ve saved me a lot of second-guessing, anxiety, insecurity and fear.

In 1999 when I was quickly rising up the corporate ladder.

I thought I had the life and I the secret sauce for success…  which was… Just say YES to everything.  But I was a people-pleaser, I kept saying YES, to everyone else except me… and the big secret was that I felt like a total fraud and doubted myself all the time.

The night I hit my breaking point I had a panic attack.  I drove home from my “perfect job.” I was trembling as tears were streaming down my cheeks and snot running from my nose. I felt lost, hopeless and begging to know, “How did I get HERE?”

Then I discovered that in order for me to have lasting change I needed to break old, false beliefs that I created in my childhood that I thought I needed.

I thought I had to say YES in order to get connection and stability – but that was at my own expense and over time eroded all the trust I had in myself at my core.  Why?  Years of trauma and verbal abuse.  And because I was told a thousand times in a thousand ways I should shut the f**k up or I didn’t matter or … or worse.

You see, I grew up in a home where there was no emotional safety and I couldn’t express myself because it felt dangerous.

And ladies… let’s be honest.  I know I’m not the only one. For most of us, self-doubt is just a way of life.

Imagine having the ability to uncover and eliminate all the roadblocks in the way so that you could wake up each day with a strong, stable core within you!

The first step is to claim your CORE 4 Program. 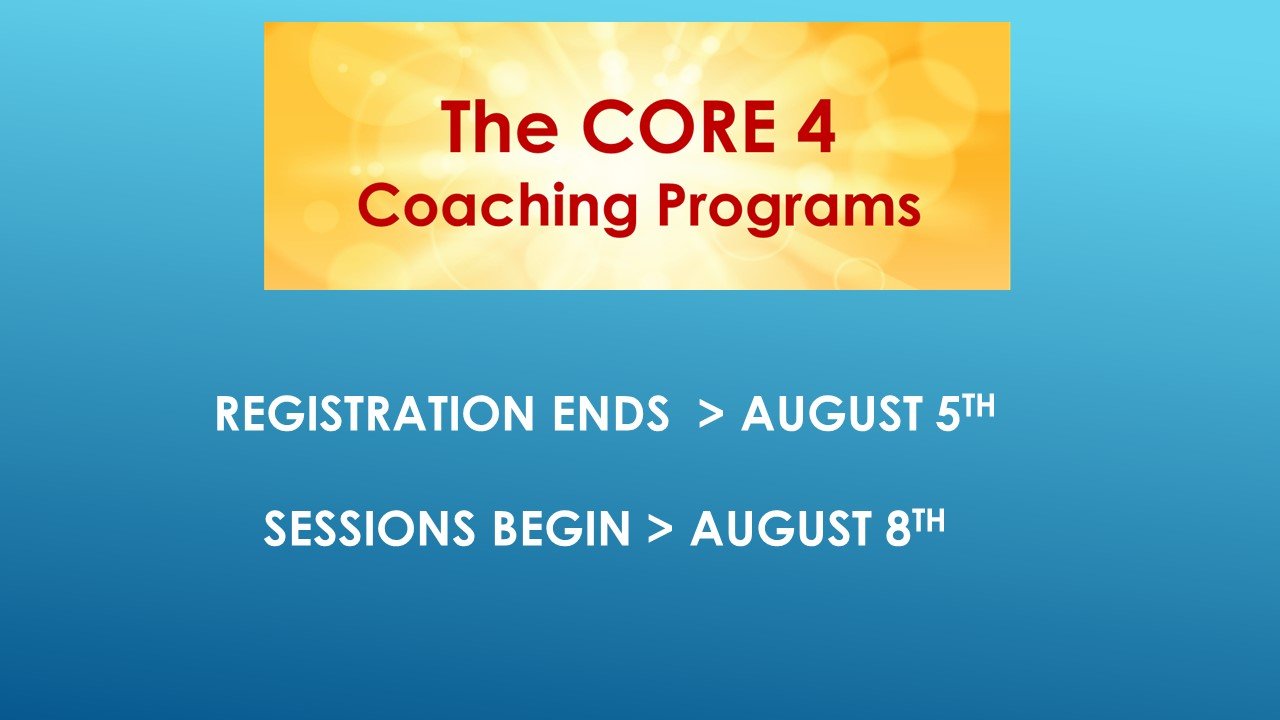 If you’re a businesswoman and you need a course correction to stay focused, aligned and ignited about your goals to reach them so that you are not side-tracked and disconnected from your soul… plus a sustainable process to consistently keep you from the grind, I hope you’ll claim your exclusive access to one of my signature CORE 4 Programs.

Originally I began working with Judi to improve personal business communication, confidence, and inter-office relationships. Additionally, I was ready to advance in my career and knew I couldn’t do it alone. While focusing on my outward goals, we worked a lot on my inner growth and healing — mirroring my soul and goal lines. Now, not only have I accomplished my original business goals, I’ve propelled in personal growth and development. I can now say I understand what I want, how to recognize what I don’t, and easily articulate both. I can easily and quickly recognize personal problems and work through conflict. Through my work with Judi, I am truly a better businesswoman and person.

Brainspotting™ is a powerful, focused form of mindfulness (or healing modality) that works by identifying, processing, and releasing core neurophysiological sources of limiting patterns, self-sabotage, emotional pain, and trauma.

With BrainSpotting, we can reach the part of the brain that stops you from being enslaved by your own neurobiology.  Our faith is in your brain’s capacity to heal you — that is, if you do the work. We believe there is nobody for which this cannot happen if there is a willingness to see the process through. You can heal as long as the mid-brain and brainstem are reached during the process. Permanent change is possible only by reaching the primitive brain where old patterns and traumas are stored – called brainspots. They are released in the brain and the body in what we call “Bottom Up Processing.”  The results are nothing short of amazing.